The Most Famous Windows in the World 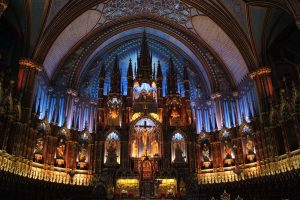 We know, we know, it sounds like a very impressive blog title. It’s probably one of the top 50 reasons that you decided to stop by the Valley Windows blog. Amongst others… we’re the best in the business, the best in the area, and the number one option to ensure that you’re getting a better view thanks to upscaled windows and doors. We’re also full of humility. Jokes aside, we’re thrilled that you stopped by. Valley Windows was founded on the basis that we know we can turn your house into a home and a home that you want to hurry home to and invite everyone around you home to.

We take inspiration from a lot of different places. That’s one of the reasons that we started this blog. We see it as an outlet and a forum for us to share everything that we’re passionate about. Obviously, the title of this blog speaks to our continued desire to learn and grow. What better way to be inspired than by the best windows in the world? We’ll get to the doors, today – it’s all about the windows. Read on for some of our favourite, most famous windows in the world.

We have to kick things off with a stained-glass window. They’re beautiful, they’re historic and each has a tale to tell. France has some of the best in the world, including the stained glass found in Chartres Cathedral. It’s a famous church – in fact, it’s already listed as a UNESCO World Heritage site. What sets it apart is that it’s so well-persevered and a great example of French Gothic architecture. In fact, many of the windows that are found in the Chartres Cathedral date back to the thirteenth century. Out of 176 windows… 152 have survived!

The Pope is a man that needs no introduction, but apparently his windows need none either. The Apostolic Palace has more than 12,000 windows, but the best-known is the Pope’s window. Aptly named, it’s where the Pope will stand and recite mass each and every week. Ironically, it doesn’t lead to his bedroom, but rather his study. There are religious and historic ties to this window, but the Valley Windows team is focused on its beautiful architectural design.

We’d be remiss if we didn’t mention the beautiful Notre Dame Church. All of its windows are famous. If you’re unfamiliar, it’s located in Paris and is almost a thousand years old. The windows that Notre Dame is most famous for are its rose windows. The featured that we’re focusing on was a gift from King Saint Louis and is more than 40 feet wide. There are many nuances to the way that the window was designed, each with their own special meaning. Have some many lying around to spend? This one is definitely worth the trip.