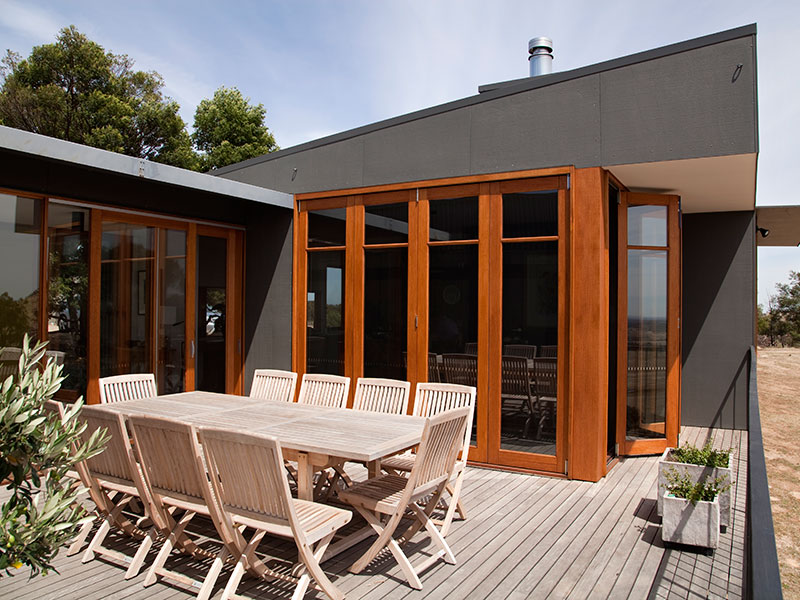 Bifolds may seem like a relatively new invention, but the amazing truth is that the earliest known example of timber bifold doors dates back to 79AD in Pompeii and can still be seen today. Who knew that the Romans’ architectural prowess and eye for style would still be so relevant almost 2000 years later!

However, bifolds have divided the home improvements circle for some time now. Certain designers have hailed them as the new darling of the DIY world, while others claim that the trend will soon pass, leaving a trail of dated doors in its wake. And with the trusted old favourite of the traditional sliding door to contend with, timber bifold doors will have to put up a serious fight to compete.

We looked at the key differences between sliding and bifold doors to see which one has more to offer.

One of the most obvious differences between the two door types is that sliders have a higher glass to frame ratio. This means that they ultimately bring more light into the house when they are closed. They also offer a more panoramic view without the interruptions that the bifold frames bring.

When it comes to opening capabilities, timber bifold doors win hands down. When folded back, most bifold doors only take up 10% of the doorway, compared to the 50% taken up by standard timber sliding doors. This makes the interior/exterior transition more seamless, opening up the house spectacularly.

Traffic doors which open and close like regular doors are a handy feature of bifolds. However, they are not available for all configurations, so depending on the design you want, you may find yourself pulling back a whole concertina of panels just to pop out to the shed. Not very practical when you compare it to effortlessly gliding a sliding door open.

Frames are often a weak point when it comes to thermal efficiency, so it stands to reason that because bifolds have more frame, there is more potential for thermal bridging to occur. This leads to heat loss or gain, which in turn pushes up the cost of energy bills.

Since bifold doors generally come in much larger sizes than standard sliding doors, it seems unbalanced to weigh their costs against each other. However, when compared size for size there isn’t much of a price difference, though sliders do tend to be slightly less expensive.

From our comparison, it’s clear that both bifold and sliding doors have their own different strengths and weaknesses. Choosing the best option will depend on the individual needs of the user.

Here at Valley Windows, we supply an extensive range of timber bifold doors to suit all tastes and budgets. Drop into our showrooms today to speak to one of our window and door experts. Call us on 03 9594800 to arrange a quote or discuss your home improvement project or alternatively, drop us a line here and we’ll get back to you.