Famous Windows Around the World 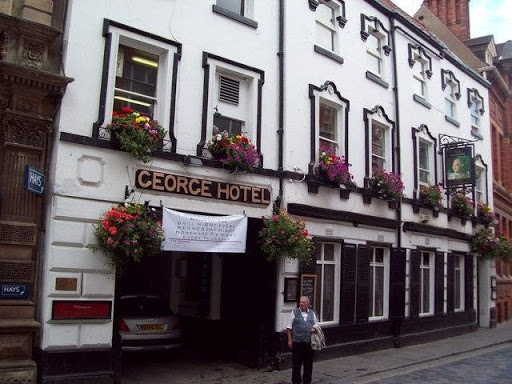 Famous Windows Around the World – the Latest

There are certain topics that the Valley Windows team members are particularly passionate writing about, and as you can imagine – windows are one of them. They are, as you know, the crux of our business, but series like this one help illuminate the history and context of how we’ve learned and what we know about giving our valued community of customers a better view. We’re trying to make it a habit on a regular basis of sharing series like this – how did we get to where we are today with the architecture of windows? Let us en…light…en you (window humor). Read on for more information as we continue to look at famous windows around the world:

The first is at one of the most famous cathedrals in the world, located in France. Whether you’ve seen the movie, seen in it person or are just a fan of amazing architecture, the South Rose Window at Notre Dame Cathedral lives up to the hype that it’s been given – ever since it was designed, but also most notably in recent years. It’s objectively beautiful and many architectural outlets agree. Fun facts for this one includes the fact that it was designed by Jean de Chelles and Pierre de Montruell. Also… it was originally a gift from King Saint Louis back in 1260. One of its major claim-to-fames is that it remains one of the very few stained-glass windows in spaces like this, where it’s been able to maintain its original form. We touched on this a while ago and several others, so be sure to check out this post.

On to the next. Did you know that The George Hotel is the owner of England’s smallest window? The George Hotel was first introduced in 1683, so it’s certainly a historic property and definitely one of the city’s oldest surviving public houses. That’s a feat, but it’s also home to what has been socialized as the smallest window in England! Many have referred to it as simply a crack in the brickwork, but if you check out the plaque adjacent, you’ll learn that you are in fact experiencing the smallest window in England. There is a fun story behind it, it’s said that the window was used as a peephole for a porter on call to keep a watchful eye on any funny business that was passing by.

Finally for this post, we’d be remiss if we didn’t mention Rear Window. It may sound familiar as a film, but the window of which it mentions went on to become a pop-culture reference across the board. If you haven’t seen it – (and we highly recommend) – Rear Window was filmed in 1954 and you can learn more here. New York City… in the 1950s… you can get the gist of it, but we also just recommend that you check out the film!

This is certainly a series that will continue. We also ask that our readers submit pictures of their beautiful windows that we can share in future posts.