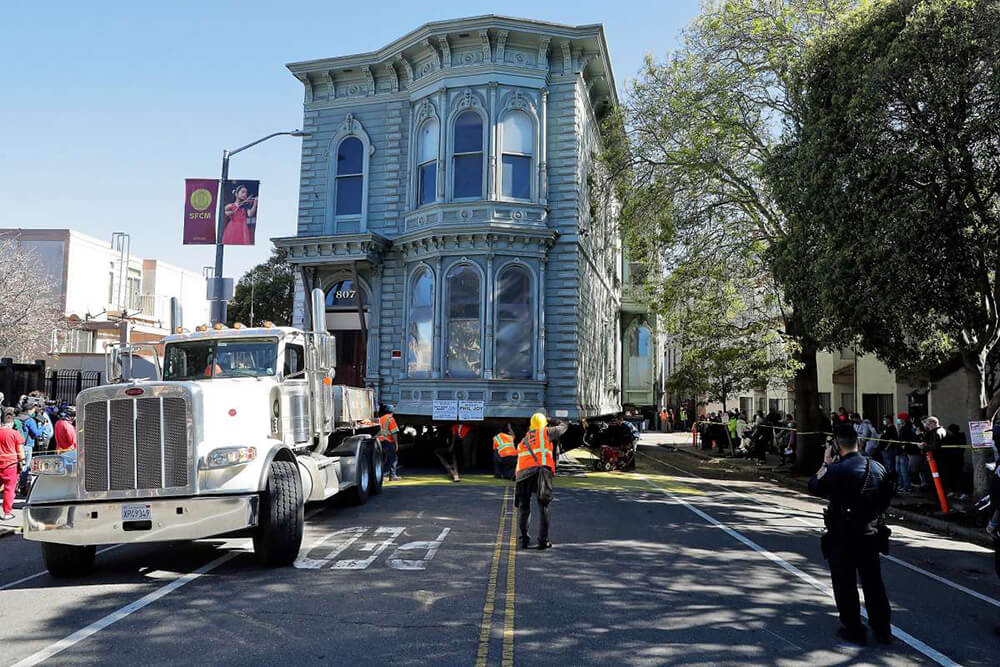 It’s been quite an interesting month for the city of San Francisco in the US state of California. Not for naught, the state has been through a lot, so when there’s a fun and interesting story, the Valley Windows team is excited to share it. You may have heard it a dozen times, but the Valley Windows team is committed to providing a better view. That’s classic news. Beyond that, it’s articles like these that help shape our culture and our commitment to customer service.

Okay, okay, you say – what is it about the city of San Francisco that’s so interesting this week? We’re glad you asked.

The historic Englander Home was moved six blocks – within six hours. Yes, you read that right – an entire home was moved to a new location. This is the first time since 1974 that a Victorian home has been moved in the entire city, according to the Historic Society.

Putting a dollar sign on this? The move cost almost half a million US dollars and required giant dollies. Don’t worry, they weren’t breaking any speed limits, the move took place at one mile per hour.

While the home has had a storied history, it will also be instrumental in the future of the area. Previously it was a six-bedroom and three-bathroom home. Fun fact – it still has the same original lumber and anchor bolts from when it was first built back in the nineteenth century.

It will be turned into a number of apartments, spreading its unique essence to as many families as possible. It actually will now be found next to a mortuary, which will also be transformed into an apartment building.

This move wasn’t easy. As with anything related to your home, there were many groups and approvals involved. In this case, that spanned everything related from street lights and power lines to parking meters – all which needed to be removed in advance of the work. There were some very light casualties, hitting a light pole on a popular street and a couple of trees. That said, police were there and crews worked far into the night so that the move was successful.

There was no doubt across different groups that a home like this was worthy of preserving and looking at the price tag, we have no doubt that they felt very enthusiastic about that.

You might be gob smacked, thinking about moving an entire home such a short distance. But one of the reasons that this story appealed to us is the complete dedication towards caring for a house. This is something that the Valley Windows team takes very seriously and always will. When we come into your home, no matter what sort of project we’re working on, the age of your home, the size, the style – your home, and equally (if not more) important – you!

So, while we can’t move mountains, know that we’re so committed to you that we’d have conversations with those that know best about moving houses.